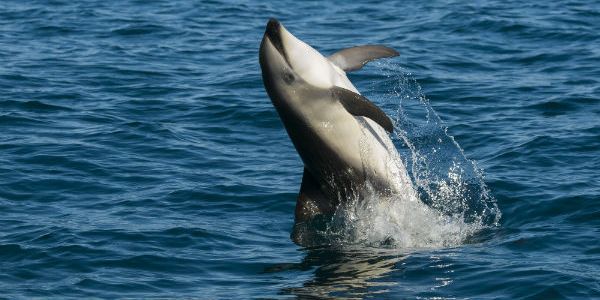 Last year was a great year for North Atlantic right whales because none were killed in Canadian waters. This is fantastic news because it suggests that there is hope for conservationists who are working to keep one of the most endangered species on the planet protected. It would appear that the measures enacted by the Canadian government are working, nevertheless the outlook for eight whales continues to be grim. It is believed that the global population is just 411 and there are fewer females giving birth than ever before.

It became critical for environmental protections to come into force following the catastrophic loss of 12 right whales off the coast of Canada during 2017. That year was the deadliest on record for right whales. The vast majority of deaths were the product of whales colliding with ships. Other causes of fatalities were whales getting entangled with ropes from fishing boats. An additional six right whales were killed in US waters.

Penalties include fines and prison time

In response to the loss of right whales, last year the Canadian government introduced sweeping measures which include a 100-metre buffer zone between whales, board, fishing closures and vessel slowdowns. Ship owners who violate the rules run the risk of fine ranging any where between C$100,000 to C$500,000. Repeat offenders could end up spending time in jail.

As part of the regulations, large vessels including cruise ships must slow their speed to 10 knots in zones that are under protection. Doing so will reduce the risk that the vessel ends up colliding with whales. In response to the new regulations, some cruise ship companies have chosen to modify their itineraries so that their vessels avoid the region entirely. Another regulation is the implementation of dynamic fishing closures. What this means is that fishermen are obliged to quickly pull up any lines, traps and ropes should a whale be spotted in their location.

The habitat range of right whales over the last few years is increasingly erratic making it difficult to predict and anticipate which areas require closure. In the most recent years it has become increasingly common to see right whales in the Gulf Saint Lawrence which is a busy shipping lane in Canada making it highly likely the species has a deadly interaction with marine traffic. The strict regulations have left both the fishing industry as well as Quebec and Newfoundland residents feeling frustrated.

Last summers Nadia Minassian, the prefect for the town of Rocher-Percé in Quebec, called the rules “draconian and uncompromising”. Lobbyist’s for the fishing industry day the regulations are far too broad and require fine tuning. The government has acknowledged that its regulations have had a negative impact on the local economies but is unlikely to remove the protections this year. Adam Burns a spokesperson for the government says the measures have had profound impact on fishermen, processors and communities of Canada’s Atlantic coast, however he says the long-term economic risks of not protecting the species is much greater.